A few months ago, Dan and I put an offer on a house we were confident we’d get. It had been sitting for over a year and the asking price was within our budget–so why wouldn’t we get it?! I actually shared a photo of it on my Instagram muahaha sneaky sneaky.

Well, the day after we put in our offer, we were told they received another offer that same day and they were asking for highest and best. We were incredulous and even skeptical this was true. It had been sitting for a year and they got two offers in the same day?! How?! we thought.

Of course, it was true, and the highest and best (which we both apparently low-balled) turned into a bunch of countering, and after a dramatic couple of weeks and back and forth and a mistake made by the selling agent plus some misinformation, we ended up losing the house to the other buyers.

I’m not going to lie… I cried. And I was angry. Sad and angry. We would have outbid the offer that was accepted, but again, the selling agent more or less screwed us over by telling the buyer our counter was the highest we’d go even though it quite literally was not and we had never said it was our highest. But they accepted the other offer before it could all get clarified and that was that.

Never thought I’d cry over a house. But I did.

Alas… here it is:

I have a lot more photos but it’s too much to share it all so here are some of my favorite shots.

We would have redone the bathrooms eventually and painted the kitchen island and redone the backsplash (and change the light fixtures), but overall this home has such great bones it really didn’t need much work at all. 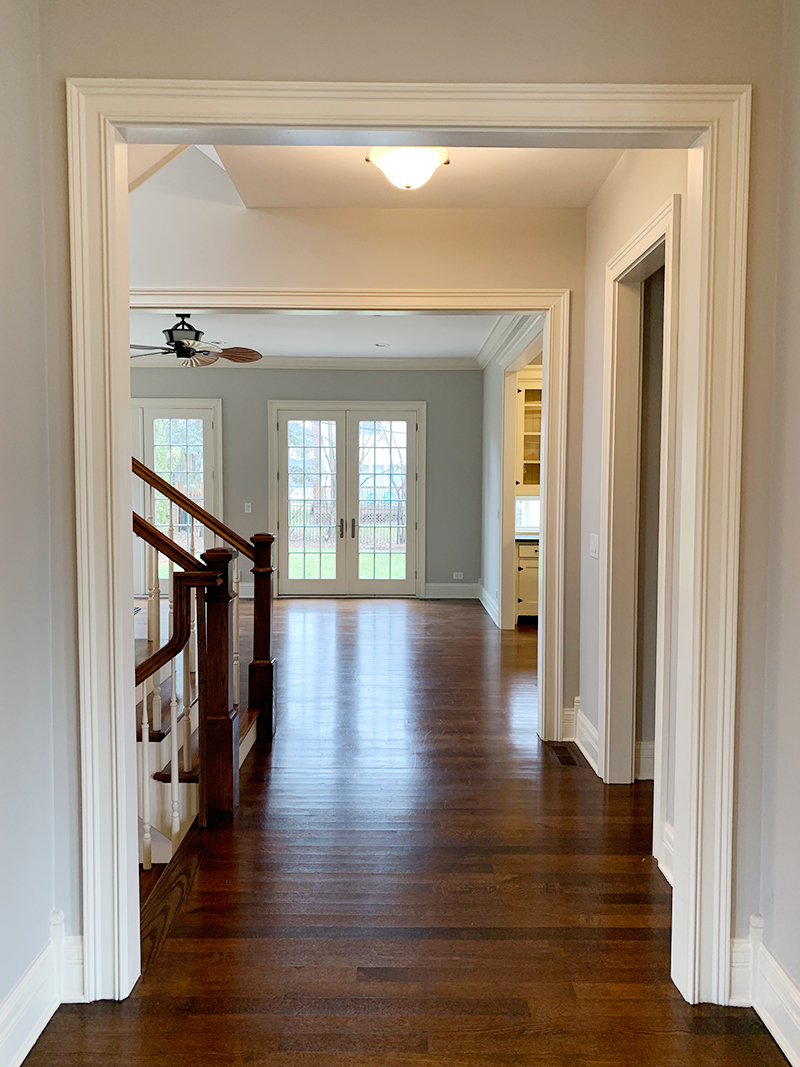 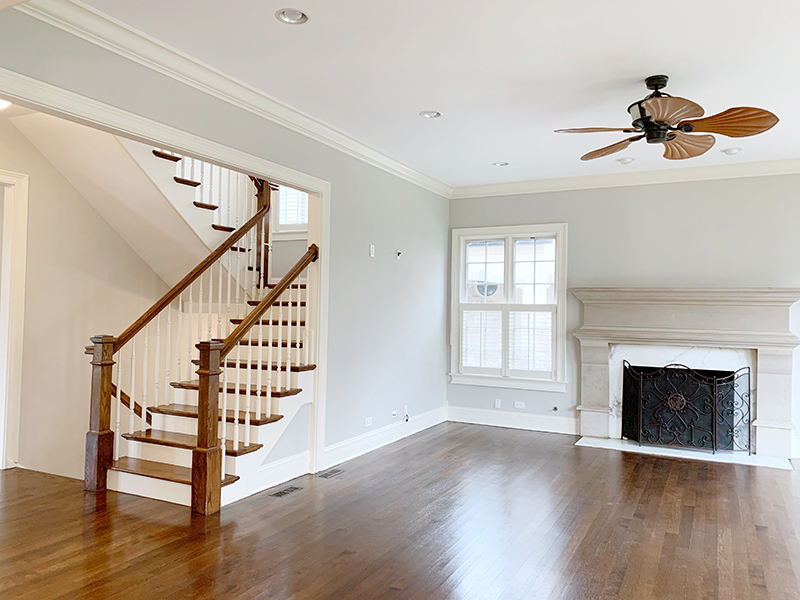 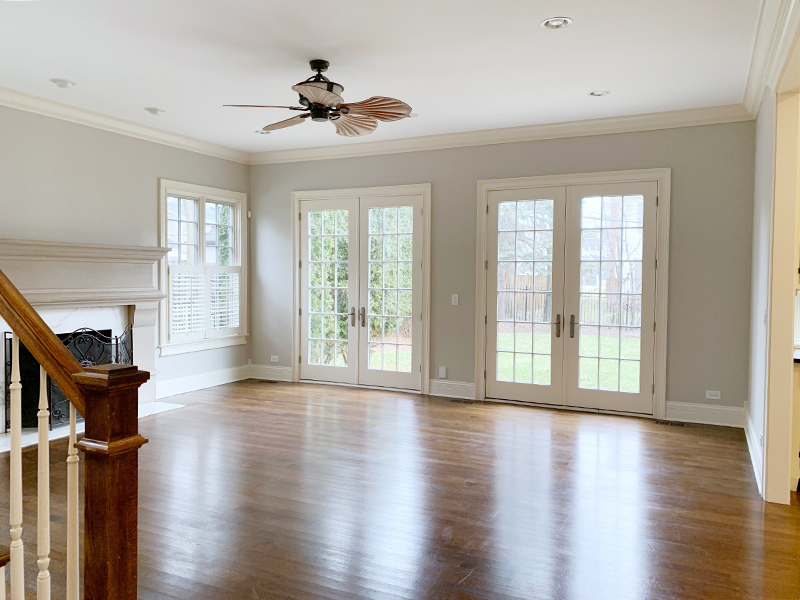 We really would love to get a home with an open kitchen/family room concept since we love that in our current house. This one was quite special. That mantel was bananas. The French doors. Le sigh. 🙁 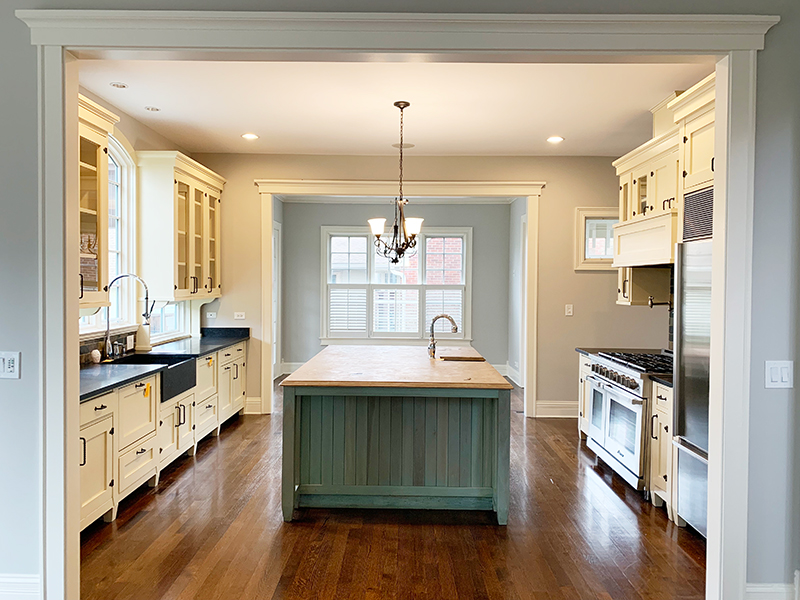 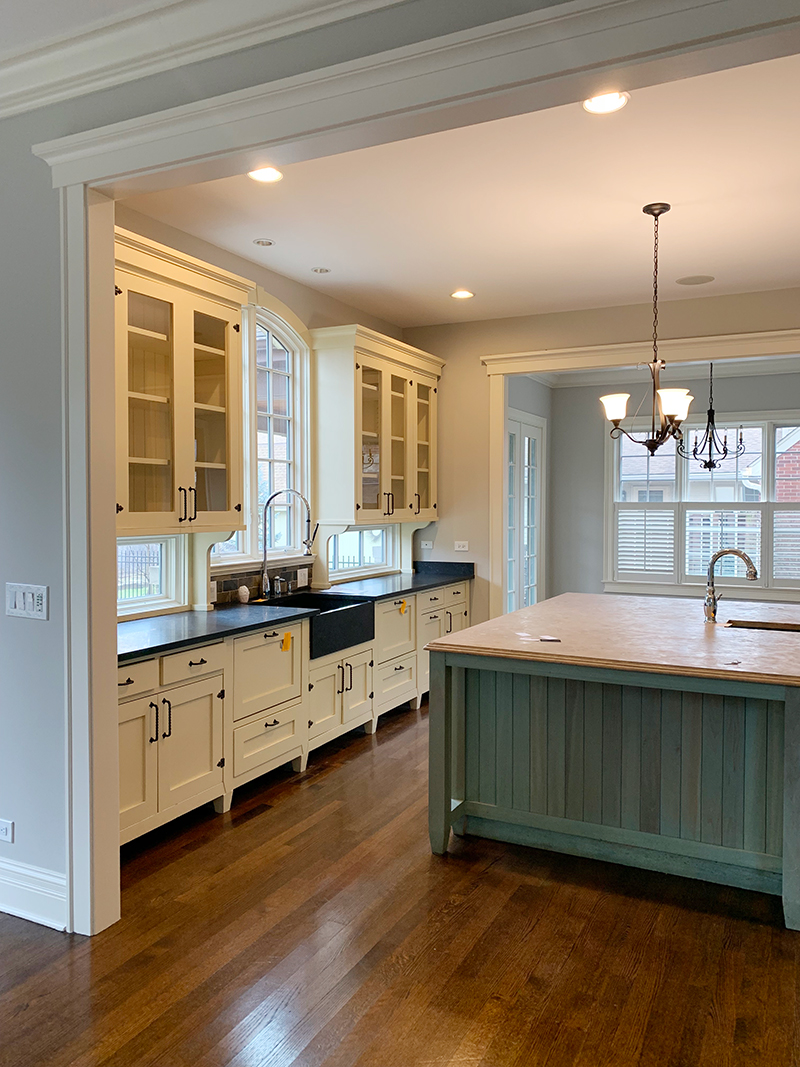 I. Loved. This kitchen. Talk about unique. The custom English-style cabinetry and inset windows looking into the backyard and again–filling the room with natural light–was something I’ve never seen. I didn’t love the color of the island but that’s easy to paint. 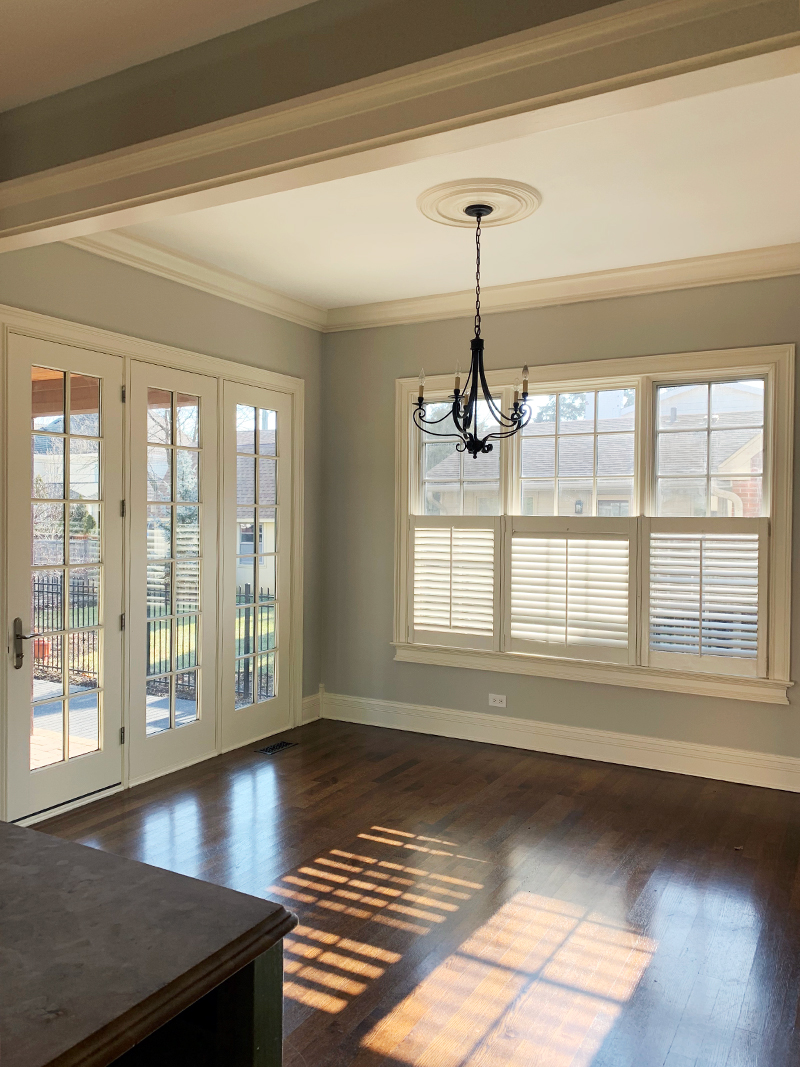 And then it flowed into a this spacious breakfast nook that was… pause for shock… also surrounded by oversized windows and French doors. 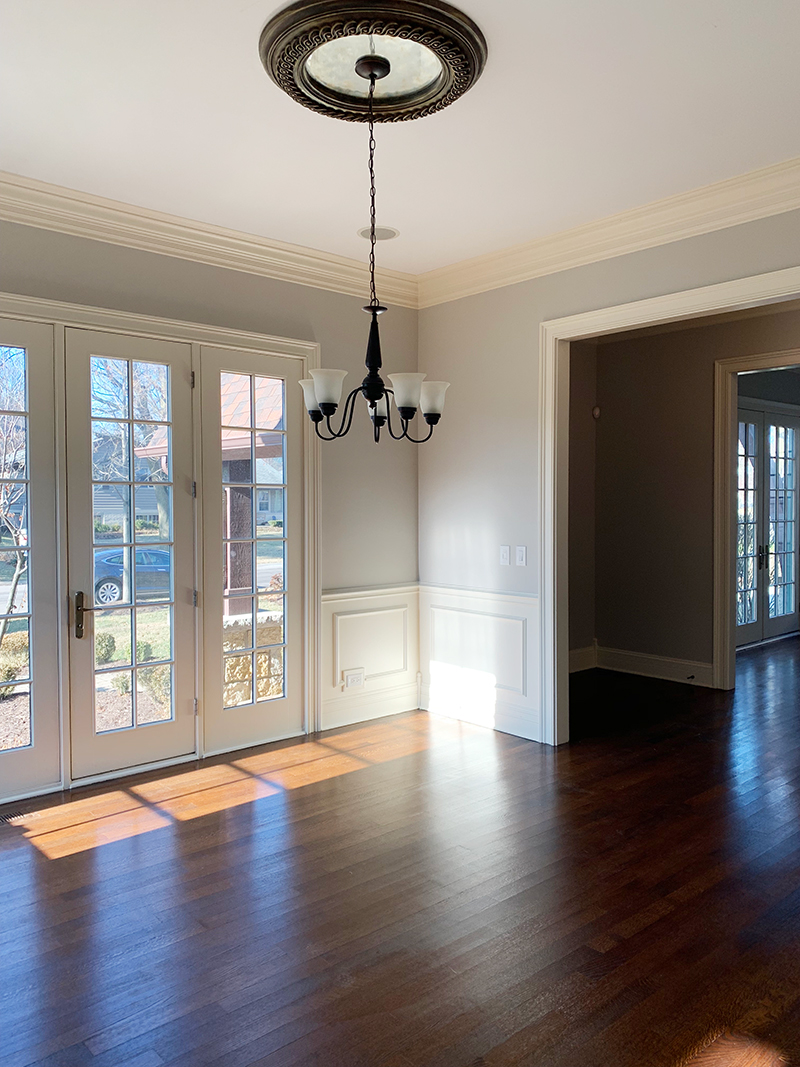 Here is the dining room in the front of the house–our current dining table would have gone here. That’s  a formal living room to the right across the entry that we would have made my office, adding interior French doors eventually to close it off. It had a fireplace. Would have been a dreamy spot to work. 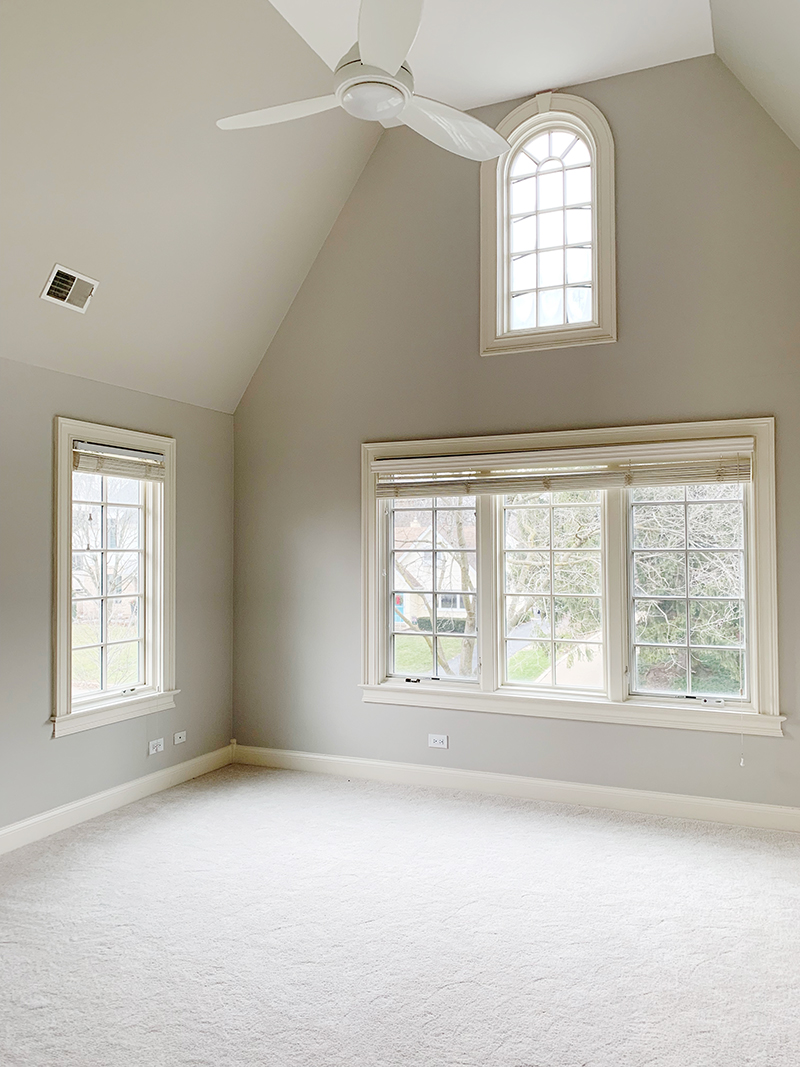 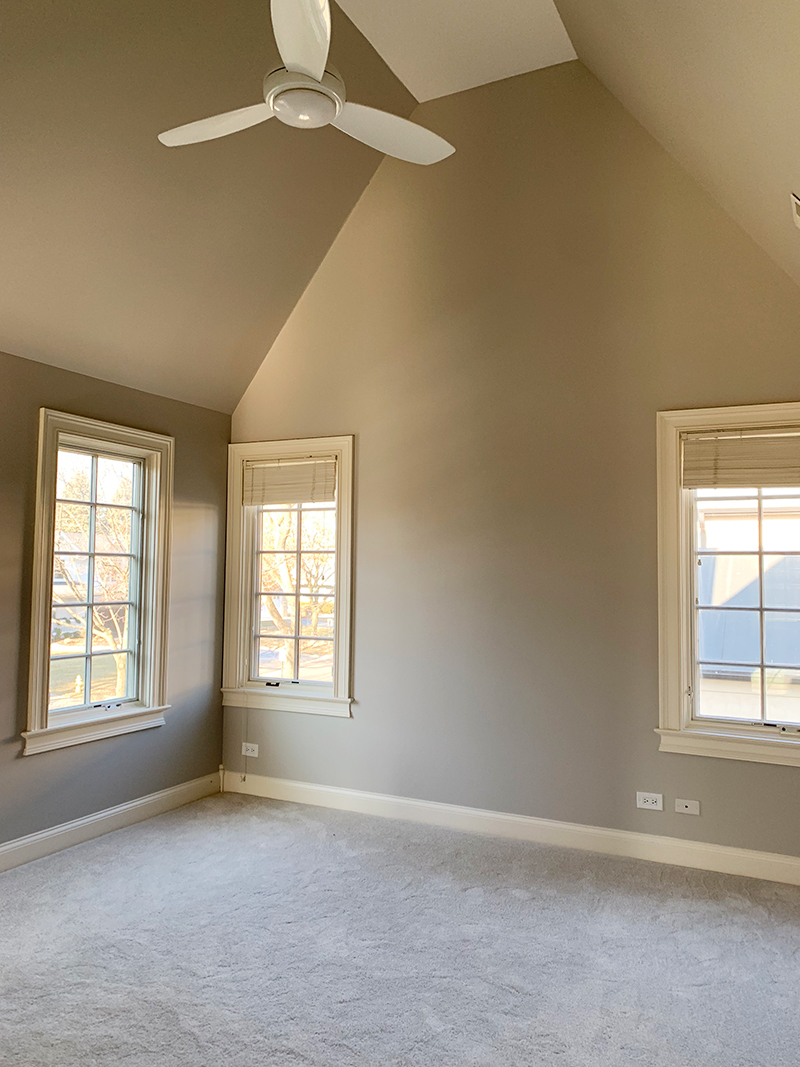 The second floor had four bedrooms–all of which had vaulted ceilings, big closets, and a ton of natural light. There was a jack-n-jill bathroom for the boys (the two photos above would have been their bedrooms), a fourth bedroom with bath attached (the perfect guest room for family and grandparents), and a master that was just right–not too big like some homes have, but not too small either. Would have wanted to change out the carpet eventually. ALSO had second floor laundry. Have I mentioned yet this house was my dream home? 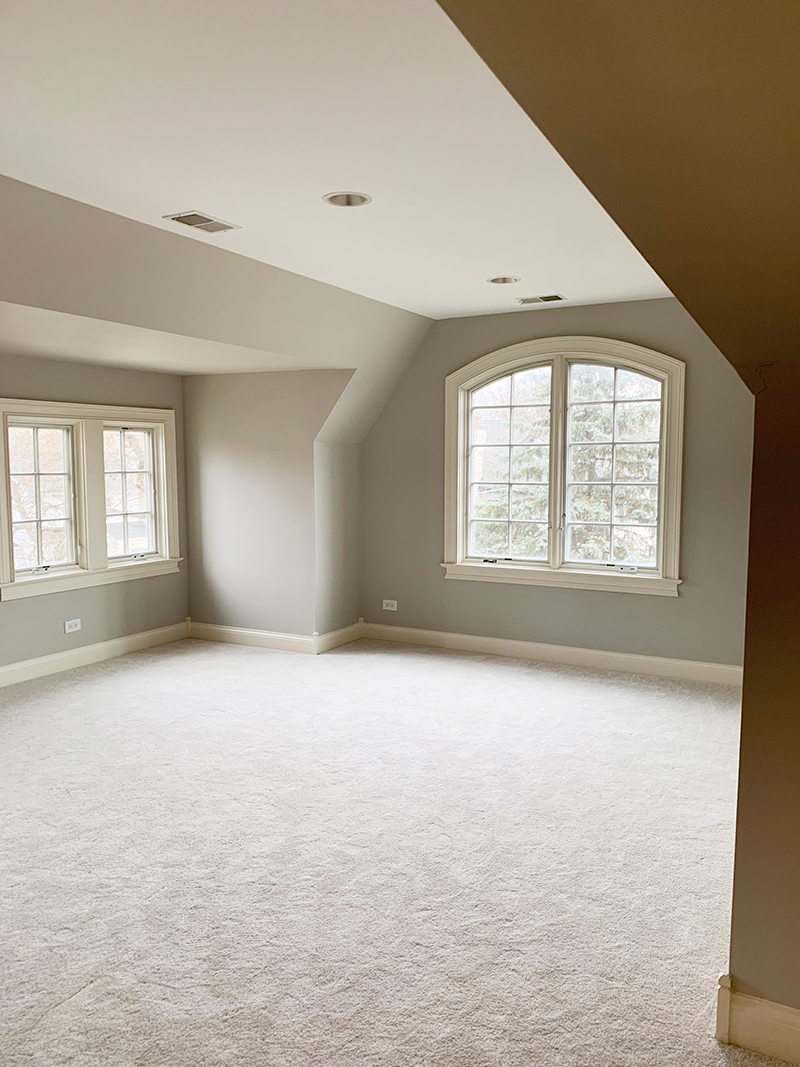 The icing on top was that this house had a finished third floor with bathroom and a finished basement. But oh how I loved this third floor space. It was so bright (unlike the basement) and would have been an amazing play area for the boys. I wanted to shiplap the ceilings, possibly add built-in bunks for cousin sleepovers, have a hanging chair. It would have been great.

Here were some of the design plans I had… 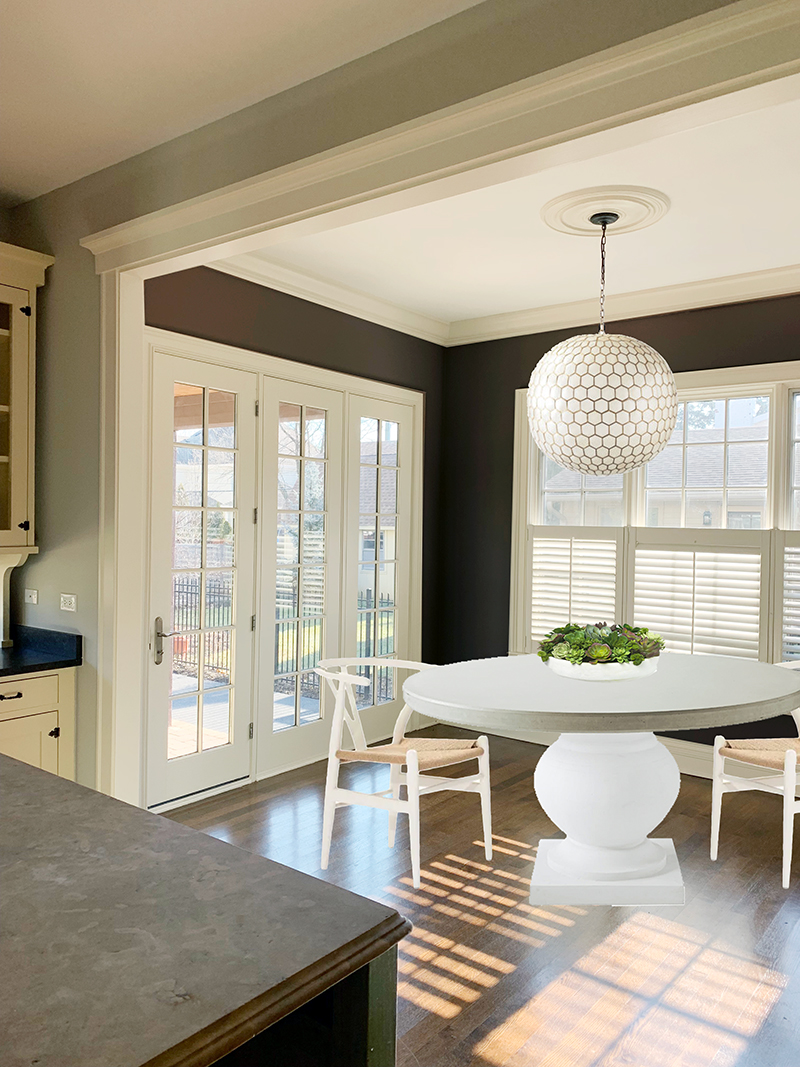 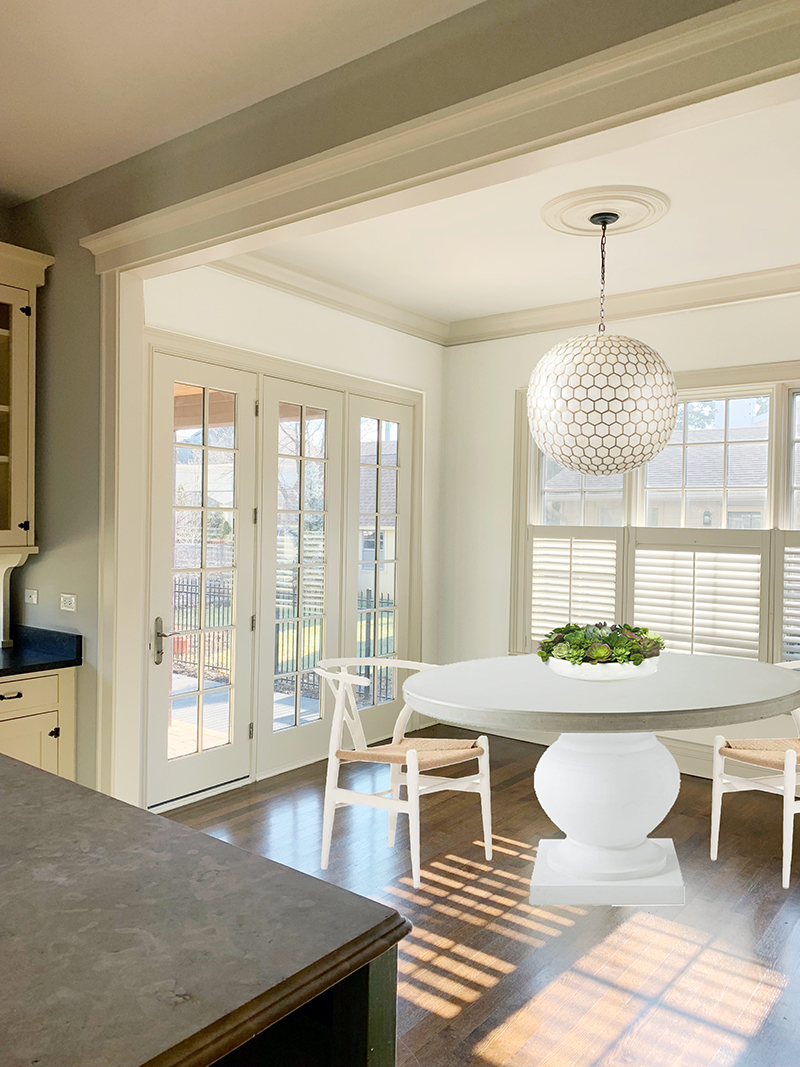 Here in the breakfast nook I was testing out white or dark walls in Photoshop but probably would have done white though because I wanted the island to be black. See below… 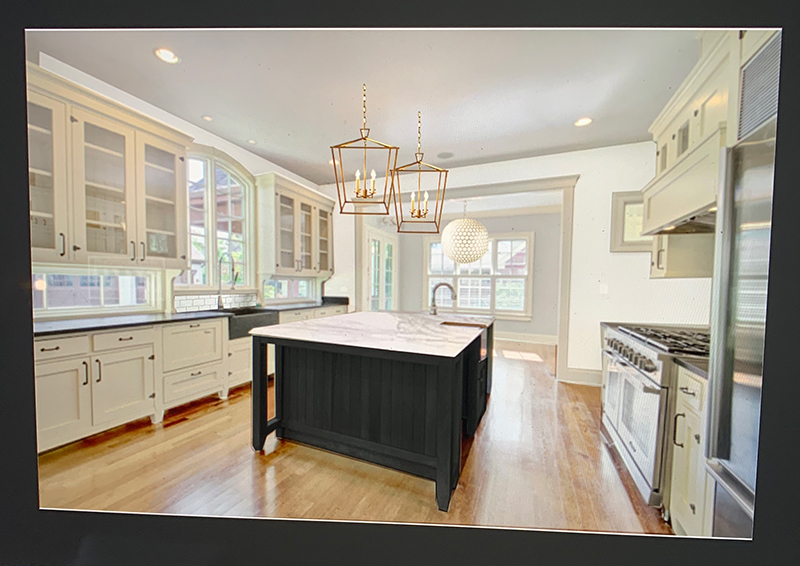 As you can see, we are bringing our current light fixtures with us wherever we move. I had wanted to change the island countertops to a quartz but loved the dark counters on the surrounding cabinets. Would have probably done a simple backsplash like subway tile to replace the slate that the home had.

I actually had to find these screenshots I had texted to my mom because I deleted the files since they bummed me out. 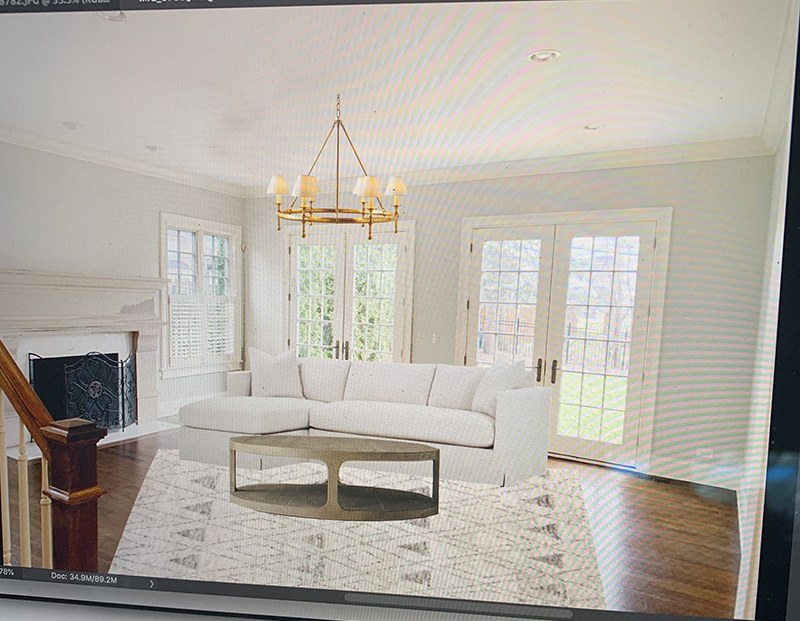 And was testing our furniture in the family room… it all would have worked so well!

So yeah. Wasn’t meant to be I guess! But sure would have been lovely.