I’m Alaina, cofounder, CEO, and owner of The Everygirl Media Group. In 2009, I launched my first personal blog Live Creating Yourself. In 2012, I launched my company The Everygirl Media Group. I’m now 36, running a seven-figure business, married to the nicest man in the world, have two beautiful little boys, and renovating our home in the Chicago suburbs. This is my online space for personal musings and ramblings… thanks for following along, and welcome! 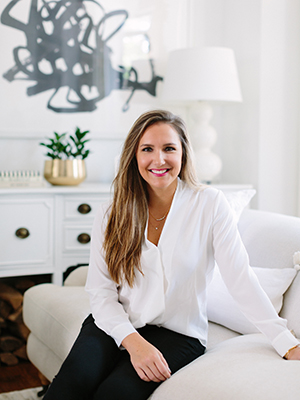 A Chicago native, I graduated from Syracuse University in 2008 with degrees in magazine journalism and psychology with big dreams of editing at Vanity Fair or The New Yorker. My inherent wanderlust blossomed after spending a semester in London, so post-graduation, I decidedly packed a U-Haul and my pup and headed south to Washington, D.C. with stars in my eyes and not a single connection to call on. I found my first job the old-fashioned way: a newspaper ad and a solid interview. I spent the next year doing communications and graphics for a small children’s advocacy non-profit organization where I gained valuable insight to cubicle life, made great friends, and quickly realized I missed Chicago.

After much thought, I headed back to the Windy City and moved in with mom (while continuing my NPO work from home). A few months later, unsure of what direction my life would lead, I started a blog, Live Creating Yourself, and began writing about design. And photography. And travel. I found inspiration in the quote, “Life is not about finding yourself, life is about creating yourself.” I began to realize I didn’t have to have everything figured out at that moment. It would shape itself so long as I started doing the things I loved.

I love romantic movies, flowers on my coffee table, and singing instead of talking.

The Everygirl launched in February 2012 and was named a Top 100 Website for Women by Forbes just four months later. The site now boasts over two million readers a month from around the globe. We’ve partnered with brands such as Old Navy, Kate Spade, and Athleta; Target, Minted, and La Marca Prosecco; and hundreds more. Our talented team has grown to 21 full-time staff members and a vast network of photographers and writers, without whom, none of this would have been possible.